Get the Modern Gothic Fonts Bundle at ONLY $29

Gothic is a wide-spread team which can be associated with a multitude of ideas from the 18th-century Victorian scenery to the modern gothic subculture. When we think of the term, the first attribute that comes to mind is vintage – and this is exactly what the gothic fonts in this bundle evoke. Some of them come with a modern twist so you can use them in all sorts of projects from different fields. 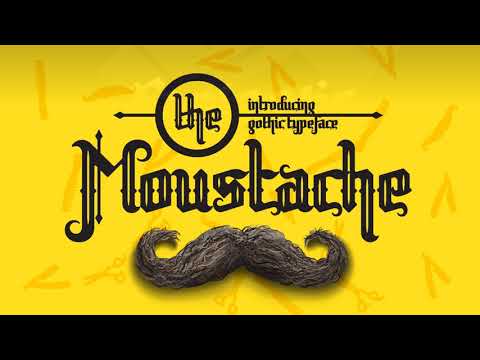 Hurry up and get the discount

The Gothic Fonts bundle is a Pixelo offer that you should take into consideration right now. I say this because the SPECIAL PRICE of $29 will not stay here forever. Just consider that the initial price of the bundle was $1200 and that you are saving, well… 98% of the initial price.
You can jump right to it at the following link Gothic Fonts Bundle or you can keep reading the article to find out more about the bundle (and then buy it).

The Modern Gothic Fonts Bundle is comprised of no less than 70 Bold and Beautiful Gothic Fonts across 34 Font families. The designs are inspired by old lettering but are adapted to the modern era.

The Victorian-inspired gothic fonts are feminine but powerful and they remind the viewer of an era of elegance, dominated by breathtaking architecture. If you want to give your work a contemporary vintage aesthetic look, you should go for these never-to-go-out-of-fashion fonts.

Where can you use fonts inspired by the past, you might ask? Remember! These vintage gothic fonts have been reinterpreted and have a modern twist. This means that they are suitable for any project of the modern ages and can be suitable for a large variety of clients and audiences.

Let’s talk about visual identities. These inspiring fonts are perfect for creating an out of the box logo for a record label, coffee shop, tattoo shop or personal branding. Combine them with an unexpected mixture of colors and your visual identity will stand out from the crowd.

After creating the visual identity of a company comes the marketing strategy, the sharing part. If a modern gothic font stands at the core of your visual identity, you can use it both online and offline. Online for Social Media posts – mainly Facebook and Instagram, landing pages or websites. Gothic fonts are also perfect for outdoor uses such as concert flyers, band CD art, T-shirts, mugs, posters or keychains. When you put your creativity at work, you can change mountains with these amazing fonts.

See some examples of Gothic Fonts

The first font in the Gothic Font Bundle is striking and hypnotizing. The shapes of the letters are enticing and have a calligraphic aspect. Thin lines meet thick ones to create mesmerizing shapes that outline bold messages. The font can be used for branding, logos, greeting cards, invitations and more.

The name of this font pretty much says it all. It’s a strong, striking and lasting font, just like metal music. And, of course, one of a kind. With its cross instead of the letter t, it would be the perfect font for a metal label or heavy metal band. Just perfect to create a logo, quotes, CD covers, posters, and clothing.

If the font above is masculine and strong, this one is a feminine font. But this doesn’t mean it is girly or that it has less of a visual impact. Not at all. Crafted with high attention to detail, it was built to stand the test of time. Although it is inspired by the classic letters that were used in old advertisements, it can be easily used to create modern posters and other advertising materials.

This is a very visual font, colorful and striking. It plays with very strong colors and could be easily used for games or movie titles or posters.

Are you still trying to figure out if the Gothic Font Bundle is for you? Don’t wait for too long, hurry up and enjoy its great price! You will be amazed to see all the uses of this vintage-inspired but modern font bundle!

Create your own fonts – Fontself Review

Have you ever wondered how create your own font? Well, that's a lot easier than you might think. In this article we take a look at Fontself, which is an extension  that is available for Adobe Illustrator and Adobe Photoshop.  It's basically all you need to get started with creating your own fonts!

5 Signs You Need to Rebrand Your Business

The Indicators of a Brand Makeover As creatures of habit, it can be difficult to make big changes or alterations, especially when it comes to our careers. But just like that old t-shirt you love so much from 2002, the one with 3 stains and a couple holes around the...

Learn to recognize and beat Imposter Syndrome Are you a designer who often feels like a fraud, despite your successes and accomplishments in the field? You may be experiencing imposter syndrome. Our in-depth guide delves into the different types of imposter...

Must have ProCreate Brushes This article introduces 15 of the best brushes for use with Procreate. Each brush set is designed to create realistic strokes and textures and offers a wide range of possibilities to create beautiful digital artworks. Whether you're a...

If you are in the POD business, you most likely know how overwhelming it can be: Should I design my own graphics, should I hire my own designers or is my money (and time) better spent buying ready-made designs and adapting them to my needs? While only you can know...

Why you should keep a Travel Journal in 2023

The Benefits of Maintaining a Travel Journal Take a moment and write in your travel journal - Photo by Michael Burrows - Pexels Creating a travelling journal is one of the best ways to capture and remember the meaningful experiences you have while travelling. From...

Are you looking to get back into an artful groove after missing out on the January Art Challenges? You'll be pleased to know that there are plenty of art challenges running through February that you can jump right into! We've compiled a list of some of the best art...

Sell your creative courses & tutorials Are you an expert in your field and looking for a way to share your skills and passion with others? Our platform was designed specifically for you, the creator. Whether you want to sell your tutorials and courses on our...

Everything you need to know about art challenges Welcome to this article on the basics of doing an art challenge! Art challenges are a great way to improve your skills, stay motivated, boost your creativity and connect with other artists. Whether you're an...

How to trace an image in Adobe Illustrator

Tracing an image in Adobe Illustrator can be a useful skill to have if you want to create vector graphics or if you need to modify an existing image. Whether you want to trace an image manually using the Pen tool or use the Image Trace feature to automatically...

How to trace an image with Affinity Designer

When you have designed a logo, illustration or other graphic artwork, it's often necessary to trace an image from bitmap to vector. The main reason to vectorize a bitmap image is because vector images can be resized without losing quality, making them ideal for use...

Read More
Share This
×
Come join our Newsletter
Join our email list like hundreds of other creatives already did and get your favourite articles, freebies and the best deals in your mailbox. You can unsubscribe anytime.
Make sure to confirm your newsletter subscription in the e-mail you will receive after subscribing.
S U B S C R I B E