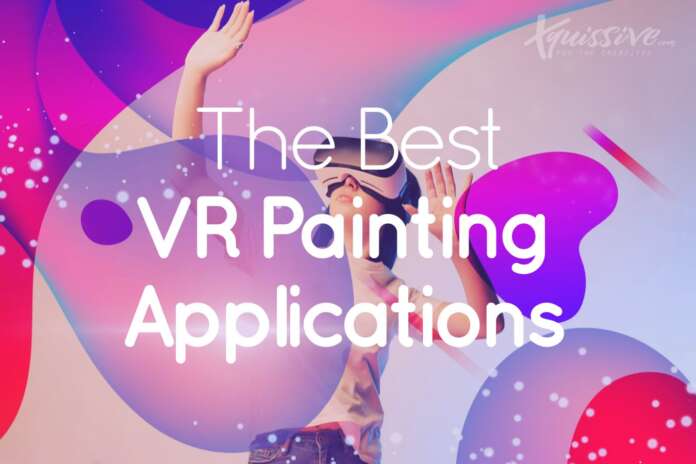 In addition to our article about the best VR equipment for Artists we have also taken a closer look on some of the best VR painting software available at this time.

To give you some inspiration on what is possible with VR painting: meet Anna Zhilyaeva, a Virtual Reality Artist also known as Anna Dream Brush. Make sure to check out her Youtube Channel. She uses Tilt Brush as her medium.

Regarded as the most accessible app for creating art on VR, Tilt Brush is a top contender. Best of all it is free! It’s recommended VR headset is the Quest – allowing for 360 degree free movement.

The app is updated regularly and is known for its ability to users to view their art from any angle with built in depth of field functionality.

For those that are beginners, Tilt Brush offers a Beginner’s Mode to help you master the basics. A negative aspect however, is the limited memory of the app on Quest.

Particularly ideal for animation and illustration, Quill by Facebook is a free application that creates an infinite canvas for creatives to work on. Within this 3D space, this app allows users to paint, draw and animate without the emphasis on modelling and rigging.

Essentially, the functionality of Quill can be compared to stop motion animation. Exporting in the form of video, 360 and 3D is also possible for use in external projects.

With an incredible interface, the Gravity Sketch app is on to watch. Usually, VR artwork can only be viewed in VR itself or in video format, however, Gravity Sketch changed that, allowing users to create 3D pieces that can then be exported to a PC CAD software or 3D printer.

A notable feature of this app is the added ability to manipulate existing objects into shapes rather than creating them perfectly from scratch.

Allowing you to move around your creative space, resize yourself and your creations – SculptrVR is an incredibly efficient VR creation app.

These unique features allow for a better perspective and angle when creating your piece. Another great feature of this app is the ability to create collaboration VR art with up to 3 other users. If you’re looking for inspiration or are merely curious, you can browse open rooms and view what others are creating!

This app is perfect for beginners and non-artists alike. In contrast the apps mentioned earlier, Color Space allows users to set inside a colouring book and transform it into something of your own. Navigating through different worlds, the palette function allows users to add varying tones and colours into the scenes around them.

Objects can also be animated, adding a second layer of dimension to your pieces. The world of VR can be a daunting place for those that aren’t too familiar with it, that’s why Colour Space works to provide pre-created art for you to start with!

We hope this article proved useful on your quest into the world of VR! If we’ve missed any VR painting applications, let us know!