Unlike Bitcoin, NFTs are unique and non-fungible, meaning that it can’t be exchanged like-for-like. Additionally, NFTs store an increased amount of information, elevating it above pure currency. For this reason, NFTs can be introduced to any and all spheres of trade.

With the looming pandemic, many have turned to online investments in the form of NFT collectible items. Such items can range anywhere from art to virtual cats and baseball cards.

We’ve put together a list of some of the top trending NFT collectibles available at the moment. We’ll delve into what they are, how they work and why exactly they’re trending.

NBA’s Top Shot is a digital platform created by Dapper Labs in a partnership with basketball leagues.

The platform has created its own basketball trading cards that track ownership via NFTs on a Blockchain put in place by Dapper Labs. These digital card packs have become increasingly popular as users can showcase their owned cards online. The partnership has been extremely successful, with cards valuing at tens of thousands of dollars.

The service itself also allows users to both buy and sell NBA match highlights in the form of short video clips. To put the demand of these digital collectibles in perspective, recently a NBA Top Shot highlight video featuring LeBron James was sold for a whopping $208 000.

The desirability depends on a few factors. First of all the rarity level is important, because that determines the edition size per moment. Legendary packs are rare with an edition size of 50, they are also the most expensive. Rare packs are a bit cheaper as the edition size is between 250 to 300. Common cards come in large editions and are cheap to buy. Second, each card of a moment has a serial number, where serial number 1 is the most desired (consider it the first edition). The third deciding factor is the player and the moment itself.

It’s important to note that trades do rise and drop with platforms like these, however, it’s more than likely that NFT collectibles aren’t going anywhere any time soon!

You may have heard of CryptoKitties before, in relation to Bitcoin and Ether. CryptoKitties was one of the first types of NFTs when the movement began.

CryptoKitties are similar to Bitcoin in that you own a digital asset that holds value. Using something called your private key you’ll be able to assign your kitty to a new owner, if you decide to sell it.

This can be done on exchange for other NFT digital collectibles, cryptocurrency or fungible cash. For a glimpse into the value that these kitties hold, note that recently a single CryptoKitty was sold for around $110 000!

The CryptoPunks platform was first launched in June of 2017 by American Game Studio Larva Labs. Released before CryptoKitties, CryptoPunks are undoubtedly an OG of the NFT game.

Currently there are 10 000 CryptoPunk characters available, and are paired with proof of ownership via the Ethereum blockchain.

Of the CryptoPunks, other creatures are also available – including zombies, apes and aliens!

It’s important to note that CryptoPunks have ensured they remain a rarity and will not be creating any more outside of the pre-existing 10 000. Owning a CryptoPunk is an incredible achievement – to get your hands on one you can visit Opensea, the largest platform for NFT digital collectibles.

A more recent form of digital collectibles that has been introduced to the market are Minecraft NFTs. This upcoming form of NFTs Is likely to boom in coming months as it was only just introduced in January of 2021.

The concept was launched by Microsoft and works in a way that rewards players of one of the most popular games, with NFTs that they can use inside Minecraft itself. With the acquired NFTs, players can unlock new quests on the Minecraft server and spawn Microsoft Azure heroes using the EnjinCraft plugin.

Creating a sort of interconnectedness between gaming, applications and the cryptocurrency, Minecraft NFTs allow users to unlock unique perks such as fungible tokens, Telegram/Discord benefits and protective companions to name a few.

SuperFarm is the next generation NFT infrastructure, introducing a new and improved NFT farming. It’s no secret that NFT farming has been problematic in the past, with issues surrounding how it’s set up and the necessary coding. Adding continuous advancement to both decentralized and open infrastructures, SuperFarm empowers all users to easily set up their farms and create their own digital collectible ecosystem without any prior coding knowledge.

Users will also be offered a number of functionalities via SuperFarm, including NFT farming, an NFT store, NFT creation and access to The Superverse.

The Superverse carries out exclusive NFT drops on a number of the platform’s partners. If you’re able to save up the required amount of tokens, you’ll also be granted access to the Superverse NFT release.

A little different to the collectibles we mentioned previously, Hashmasks is a platform that offers digital art collectibles from over 70 artists from around the world.

Originally launched by Suum Cuique Labs in Switzerland, there are currently 16 384 unique digital portraits available on the network. Each portrait has its own unique character, mask, characteristics and items.

As with all NFTs, each portrait can only be owned by one person at a time, however, Hashmasks required buyers to give the purchased portrait its own unique name. This can be done using the platforms unique token, the Name Changing Token (NCT). With a total of 1,830 NCT, users are able to rename a Hashmask on the Ethereum blockchain.

The first buyout of the artworks occurred in late January of 2021, after which they were resold at a higher price. There are a wide range of different Hashmasks, including animal masks, pixel masks and unicorn animal masks. To put the popularity of this NFT in perspective, since January of 2021, the sales of Hashmasks has reached around $45 million (27,269 ETH).

For more information on non-fungible tokens and how they work, check out our Ultimate Guide to NFTs, that breaks down all you need to know about this new phenomenon.

Getting started with NFTs can be quite complicated at first if you have no experience with cryptocurrency. If you don’t have any cryptocurrency yet then you can buy them at Binance, Bitfinex or Hotbit. The second step is to get a wallet, like Metamask, to transfer the cryptocurrency to.

Metamask is compatible with most of the NFT-sites mentioned in this article and our Ultimate Guide to NFTs article.

Once you’ve transferred the cryptocurrency to your wallet, you can connect it to for example OpenSea and start buying, or selling your first NFT artwork!

The Ultimate Guide to the 90’s Graphic Design Trend

Your donations help us to keep the servers running and to keep new and fresh content coming. We appreciate every donation.

Are you looking for
the Best Adobe Deals?
Why not visit our
Adobe Discount
Deals page 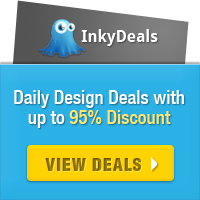