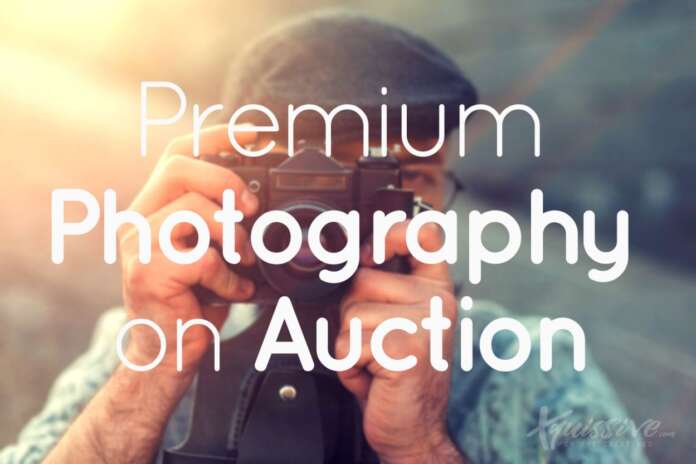 Welcome Catawiki, an online auction site for both selling and buying unique special items and collectibles, through online weekly auctions. One of the categories that Catawiki covers is Premium Photography. Here you’ll find iconic, authentic pieces that are sure to bring any wall to life!

We’ve put together some example pieces that are available for auction at the time this article is being written. However, if you’re reading this at a later time, Catawiki has an incredible selection of premium photography that is constantly being updated, so you’re sure to find something you like no matter when you come across this article!

This iconic photograph features the legendary Marilyn Monroe in an elegant wedding veil, just 6 weeks before her untimely death.

Bert Stern was one of the most well-known photographers in the 1950s and 1960s. He aimed to take photographs that were uncluttered, emotional and captured a moment of the subjects psyche. Stern went on to become a predominant figure in commercial photography and fashion, amongst brands such as Revlon and Vogue.

His work features a number of affluent stars, namely Audrey Hepburn, Twiggy and Marilyn Monroe to name a few.

The print itself is signed by the photographer, dated, stamped and is printed on inkjet technical photo paper. The paper size measures 48cm x 33cm and the photograph itself is 30cm x 30cm. This print is only 1 in 50 copies of the photo taken in 1962.

When purchasing this piece you’ll also receive a certificate of authenticity filled out, signed, numbered and titled by Bert Stern himself.

This photograph was taken by Mark Seliger in 1993 for the cover of Rolling Stone magazine. The photo features the incredible Kurt Cobain, who died just 6 months after this picture was taken in 1994.

Seliger has captured a number of notable figures, including Barack Obama, the Dalai Lama and Keith Richards to name a few. He truly enjoys the interaction between subjects and film, stating “My intention is to be a chameleon…[W]hat I’m really trying to do is engage in a relationship where my subject can feel involved in the process and the outcome.”

The piece itself is a gelatin-silver print, copyright credit stamped by the artist and signed in 2008. It belongs to the second of 20 editions, was printed in 2020 and measures 60 x 50 cm.

Taken by Michael Comte in 1992, this photograph captures famous actress Darryl Hannah as part of the Paparazzi Series.

Comte is a well-known photographer with features in Vanity Fair, Vogue, Stern and GQ to name a few. The accolade of his work is attributed to the raw emotion, intimacy and understanding that is conveyed through his photographs. Former editor-in-chief of Vanity Fair noted that, “Regardless whether Michel has a Hollywood celebrity or an orphan from the Third World in front of his lens, he takes both their pictures with the same sincerity and devotion.”

Devoutly paying homage to women, he captures moments that are of a mutual understanding between subject and photographer.

Darryl Hannah, 1992 features Darryl Hannah as the epitome of the modern woman, taking over from the passive women that had been seen in earlier media prints. The print itself is a gelatin-silver print mounted on an aluminium plate. It measures 49 x 49cm, is signed, stamped and numbered in handwriting 1/20.

Are you interested in learning more about Catawiki and how it works? Check out our article that covers all the ins and out of the Catawiki platform.

You can also check out our article on Street Art auctions on Catawiki, where you can find the perfect contemporary addition to your home! (link article)