Artist of the Week – Gherdai Hassell 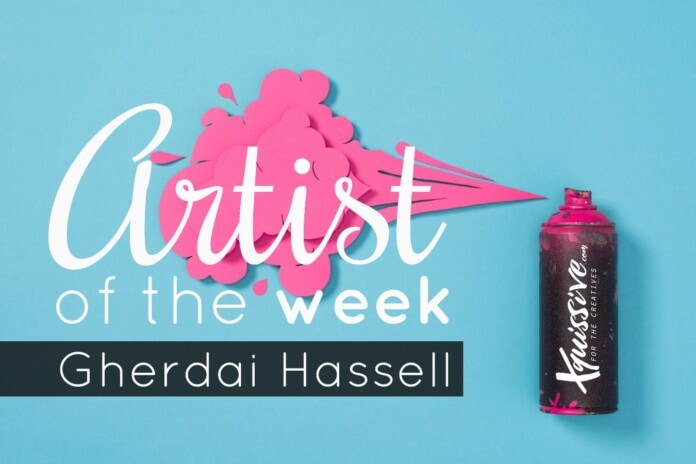 This space is dedicated to featuring some of our favourite up and coming designers. Every week we’ll be scouting some hidden talent and featuring them in an article. We aim to showcase their work and share a little about them as an artist.

If you’d like to take part in something similar, make sure to reach out to us via our Featured Artist page.

Predominantly a mixed media artist, Gherdai Hassell celebrates the black female figure and creates a safe creative space for other female creatives. Gherdai’s work explores themes of identity, representation and childhood. Having graduated at the University of North Carolina in 2013, her notable vibrant pieces are scattered in a number of art spheres.

Gherdai’s work is being displayed at the Government Admin Building in Bermuda and has been featured in exhibitions in the US, Bermuda and China. In addition to her tangible artworks, Gherdai also hosts an independent podcast based on the African Diaspora.

Procrastination is the enemy. Get on with the work. Before I used to think of the studio as a laboratory, to experiment and try different techniques out. But with the way that the world has Changed around us, the feelings and definition of the studio has also changed for me. With everything that has happened this year, Everything going on out there. I’ve come to think of the studio as a safe space, a sanctuary. A place where I creatively release what’s pent up within me.

Gherdai Hassell is represented by Black Pony Gallery. You can find out more about her at: